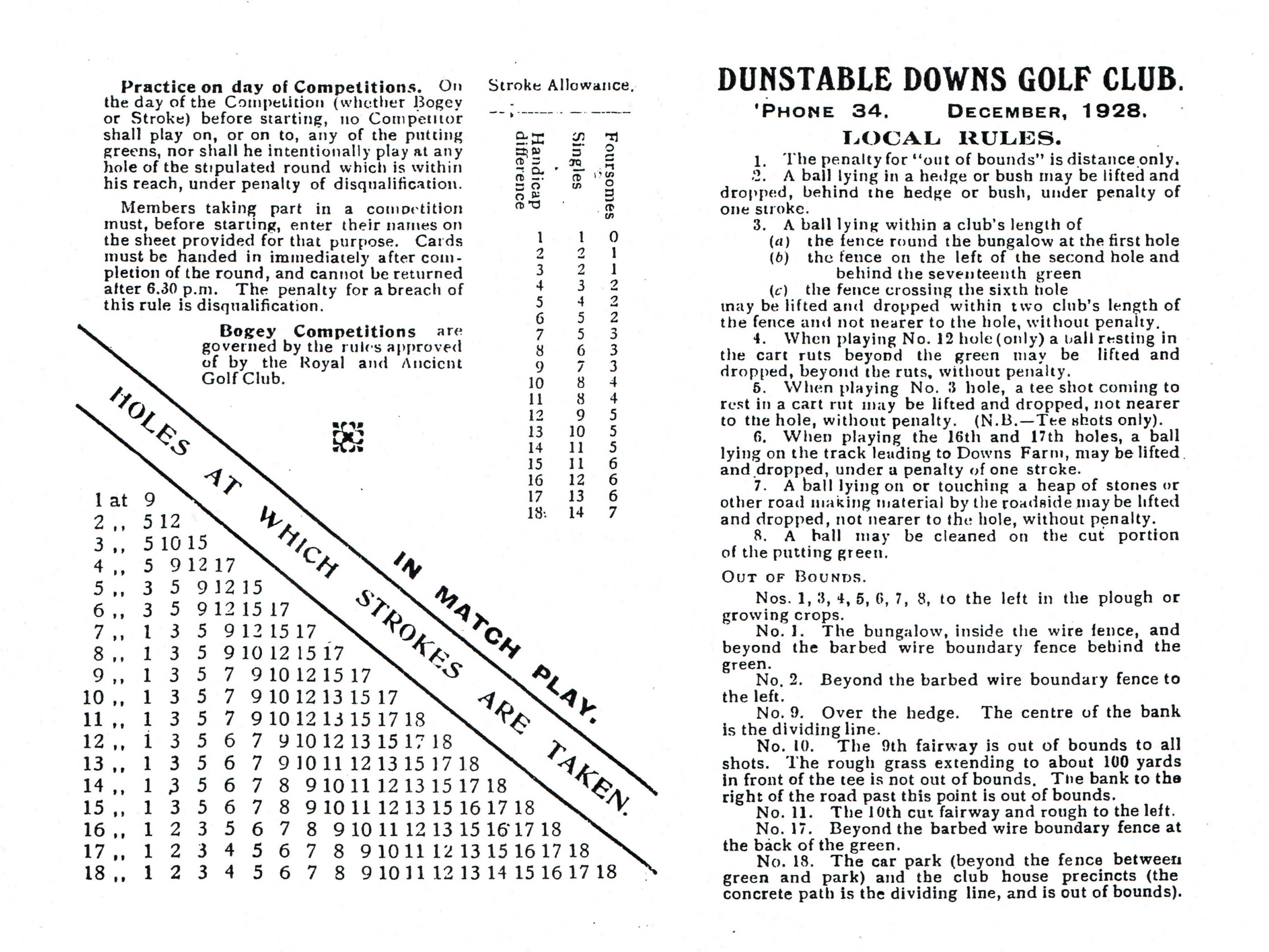 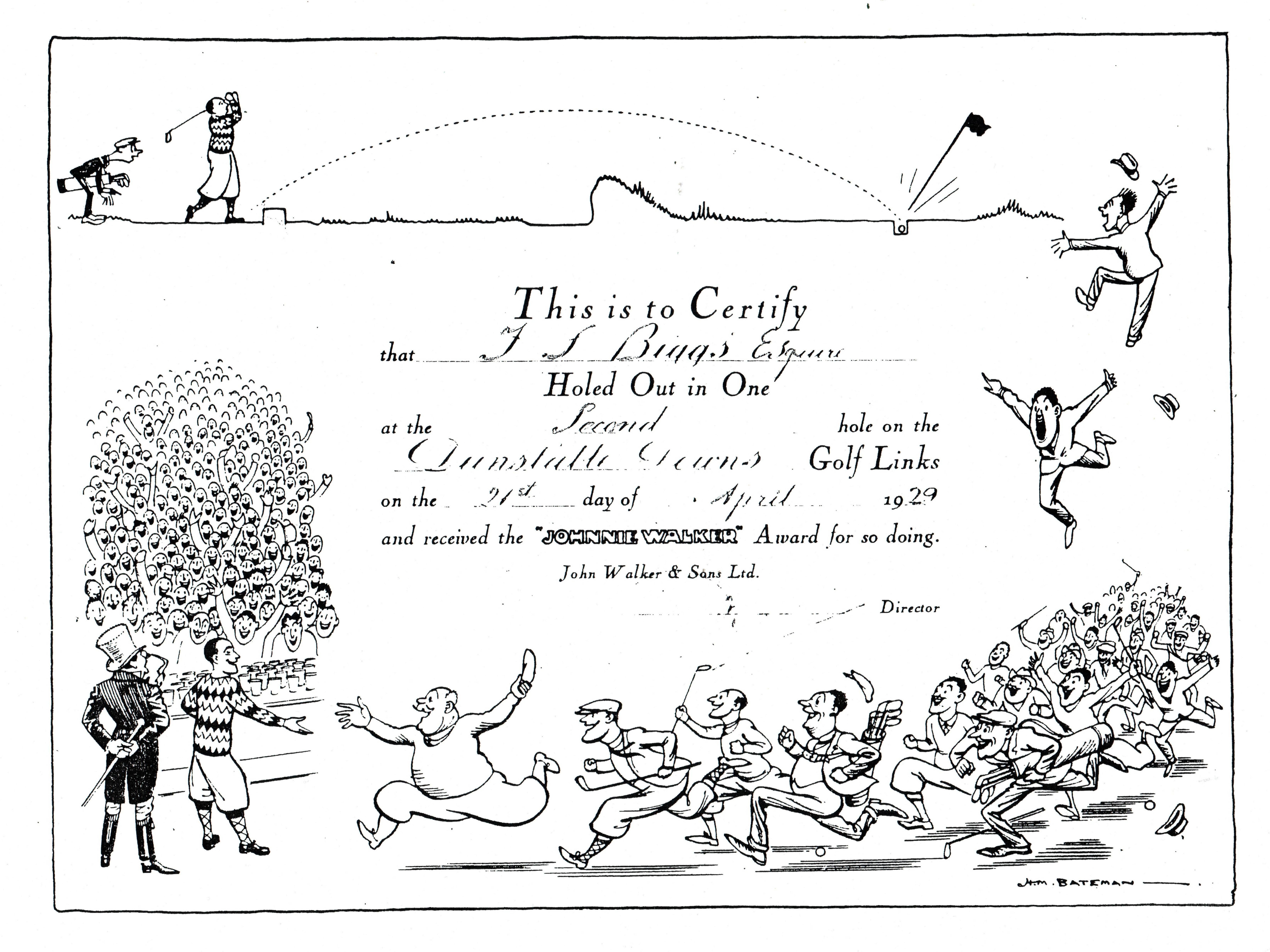 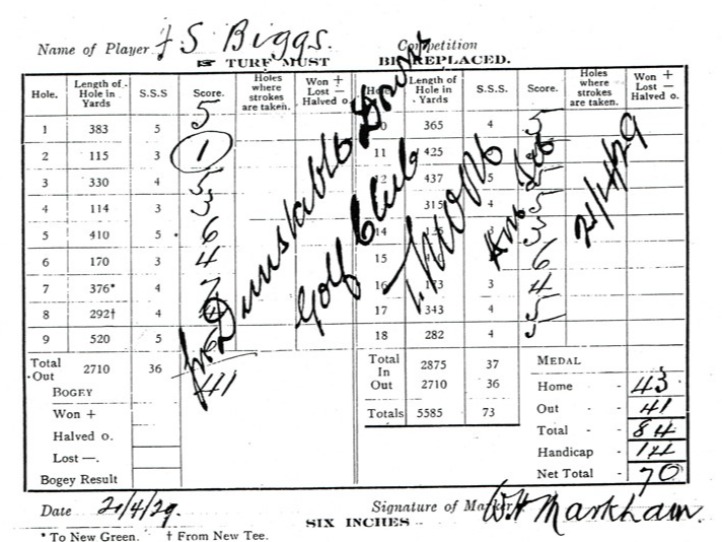 The certificate and score card that recorded this unique feat was found in 1990 when restoration work was being carried out in an old hat factory in Guildford Street, Luton that belonged to a past member Mr F S Biggs.

The ‘Johnnie Walker’ brand of whisky had long been associated with golf; the company having sponsored various competitions over the years. The supply of certificates to mark those fortunate golfers skilful enough to get a ‘hole in one’ must have been part of their advertising campaign at this time.

The design of the certificate centres around a cartoon by H.M.Bateman who was a very well known cartoonist at this time. Henry Mayo Bateman (1887 – 1970) was best known for his cartoons in ‘Punch’ magazine including his series of gentle satires on British life ‘The Man Who…’ He drew a number of cartoons lampooning the game of golf and the people who played it.